From newcomer leaving a war-torn country to business owner in his adopted country Canada; how pure determination feeds success for Immpreneur, Borys Maznyi 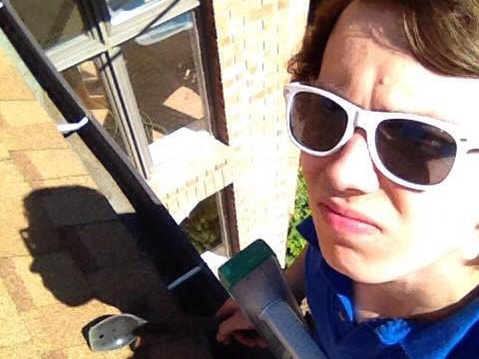 From a distance, Borys Maznyi looks like a typical 20 year-old university student with a knapsack on his back and a smartphone in hand. As you start to get to know him, he is anything but typical.

In 2014 Borys arrived on his own from Ukraine to Canada as an international student and made Vancouver his temporary home. With little English, he joined high school and lived with a Canadian host family. “I forced myself to sit down and made myself a little dictionary to help with math and physics English terms,” he says. His magnetic personality and positive can-do attitude won him leadership roles in the student council and other clubs. “I just really tried to immerse myself in the school life and learn as much as I could.”

The son of a car-industry entrepreneur, he grew up in Kiev, Ukraine, helping his father in his auto parts shop. At the age of 10 he knew he wanted to follow his father’s footsteps and eventually take over his business. However, due to war in Ukraine whose conflict with Russia has been going on since 2014, his life took a different route. In October 2013 President Yanukovich ended mandatory conscription in Ukraine, only to be reinstated a year later as a result of the Russian military intervention. Since then, his father no longer owns the auto shop but continues to be an entrepreneur by renting properties. Sending Borys to Canada, was his family’s way of giving him a brighter future while avoiding him being drafted into the military.

After graduating from high school, he moved to Ottawa to study Engineering at Carleton University. The conflict back home along with financial struggles forced him to look for an income to self-finance his schooling and living expenses. The summer of 2016 he interviewed for a door-to-door salesperson position with Matt Graves, co-founder of Ottawa Student Windows, a local seasonal window cleaning company. “His English wasn’t perfect, but I was blown away by his business sense,” he says. “I hired him on the spot.”

Borys’ genuine skill to find a connection with potential customers earned him seizable contracts since day one. After only three months of starting his job at Ottawa Student Windows, Borys was managing all aspects of the company – from sales and bookings, to crew and customer service. Last summer he completely self-managed the business. Although he missed out on hanging out with his friends and going to parties, his entrepreneurial appetite grew exponentially. “I figured out how much fun it is to do something yourself,” he says. “I started at 8:00 am by doing window cleanings, in the afternoon I answered calls and booked jobs for the following day and at night, instead of chilling at home, I would schedule the team and work on the business…after 15-hour days I would do it all over again the day after.”

He explains that doing business in Canada is much more different than in Ukraine. He is still in awe at how much reviews on sites like Facebook and Google can make or break a business. “People in Canada actually read that stuff, I was surprised,” he says. Currently, Ottawa Student Windows is one of the top rated local window cleaning companies in social media. Another big difference that he is blown away by is how much a window cleaning service costs in Canada. “What people pay here is the equivalent of a school teacher salary at home.”

His hard work and dedication since he started with the company earned him the opportunity to purchase it from the original founders at the end of December. He pooled together all his savings and took loans from friends and family. He depleted his schooling savings but is confident his company will help him continue financing his education. Borys smiles when he retells the story of Matt and him drafting the initial contract on a napkin. “I am definitely going to frame it and keep it there as a nice memory.”

Borys hopes to scale up his business this upcoming season by hiring a second crew and fill more contracts. His long-term dream is to grow the company to a point where he can help bring his parents to Canada. “They spent a bunch of money on me and sacrificed a lot and I want to make sure they don’t struggle anymore,” he says.

As a new immigrant, he believes in the power of meeting people on a regular basis. He constantly finds himself asking questions and learning from others, such as Matt, his former employer, now business mentor and friend. He understands successful people are more than happy to help. “Surround yourself with people who challenge you…it’s good to be the head of the crew but that doesn’t lead to growth. Surround yourself with people that are smarter and better than you.”

Karla Briones is an Ottawa-area serial Immpreneur with a passion to encourage and support others to achieve business success.